Summer has officially begun and with the season change, also comes an element change. Summer is associated with the element of Fire. The ancient theory of The Five Phases was introduced almost two thousand years ago, and discusses the idea that the structure of the cosmos reflects the five elements: Wood, Fire, Earth, Metal, and Water. Each season is associated with an element, with the Earth element relating to the change in seasons every three months. And along with its associated element, each season is related to parts of the human body and certain forms of energy. 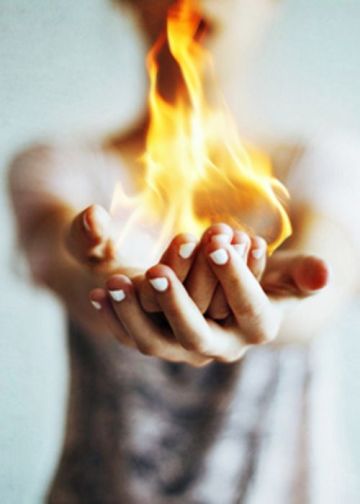 Summer is not only correlated with the element of Fire, but with the heart, small intestine, and the tongue. Knowing which element relates to each season can provide knowledge from Chinese medicine regarding health in that season. Special attention should be paid to those aforementioned organs during summer. Fortunately, when the Fire element is in balance (as it often is in summer), the heart is strong and healthy.

An imbalance in any element can cause problems with its related organs. When the Fire element is inharmonious, one’s joy (associated with the heart) can be out of whack, resulting in too little (depression), or too much (chaos) joy or exuberance. Agitation, nervousness, heartburn, and insomnia are symptoms that one’s Fire balance is off. To prevent these problems, Chinese medicine recommends that people take full advantage of the long summer days. Getting up earlier in the morning, going to sleep later at night, and trying to rest at midday is recommended for a great state of mind. Fluids are very important in summer months, and adding strong or spicy flavors to one’s diet is also suggested. Due to its connection with the small intestine, summer and indigestion can go hand in hand. A lighter diet should be chosen over heavier foods.

Since Fire is summer’s element, Water (its opposing element) also becomes pertinent. Some of the negative side effects of summer fun include: sunburns, dehydration, and a lack of energy; keeping oneself hydrated should be a priority. Small children and older people are especially susceptible to these downsides of the heat. For sunburns, Chinese medicine suggests a mixture of tea tree oil (one part) with either olive oil or coconut oil (ten parts) to relieve painful skin. Chinese medicine really enforces all uses of water during this season. Keeping drinking water nearby at all times is important, as well as taking cool baths, seeking shade, and wearing lighter clothing. It’s not just about simple common sense though; watermelon juice has long been used as a remedy for dehydration. Watermelon juice and seeds help to cool the body and cleanse the system. Avoiding drinks full of sugar and chemicals (like sodas – both diet and regular) is also recommended – since these don’t actually relieve thirst, and also inundate the body with more toxins to eventually clear.

This season is also a prime time to focus on changes in life regarding growth, joy, and spiritual awareness. The predominant nature of Summer is Yang, which unlike the darker and calmer Yin, is related to excitement, assertiveness, and exuberance, making summer a great time to take action to form positive change in one’s life.

This entry was posted in Uncategorized.